The Cold and Lovely : On Ellis Bell and More

Interview and Article by SPfreaks

SPfreaks recently had a chance to catch up with Nicole Fiorentino and Meghan Toohey after their Record Release Party for their newest release, Ellis Bell. 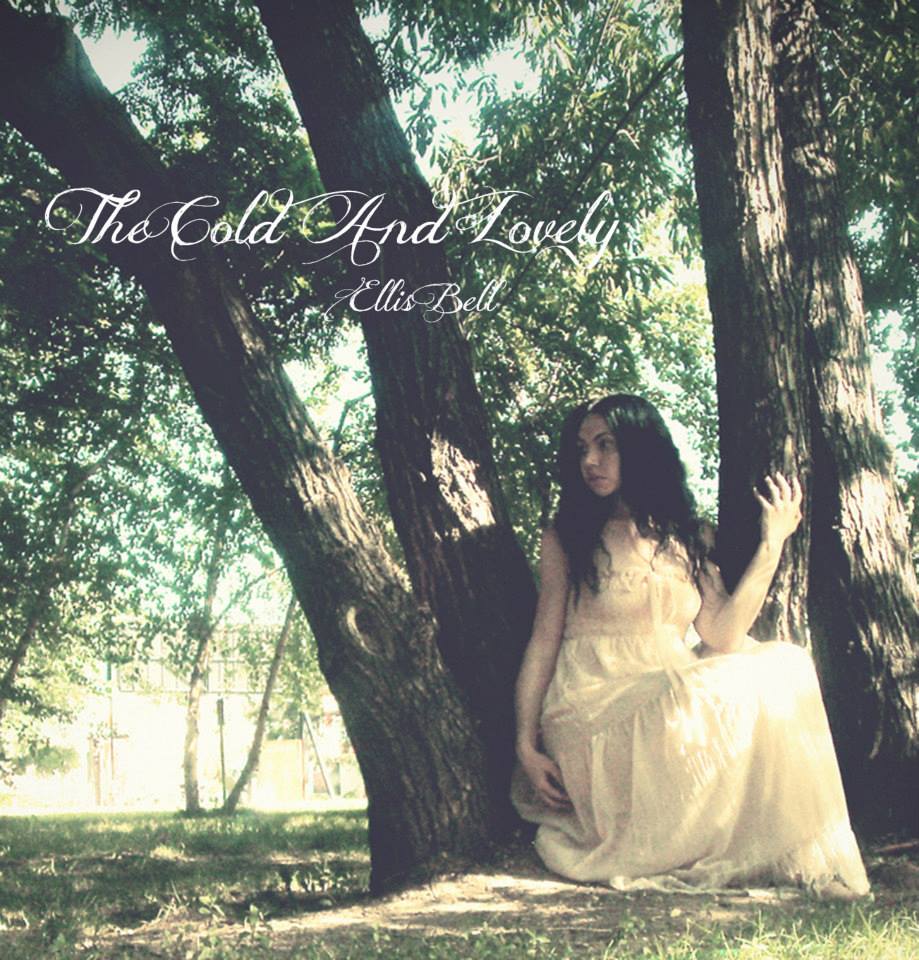 The Cold and Lovely recently had a Record Release Party for your new EP, Ellis Bell. How did it feel to showcase those songs for the first time?

Meghan – It felt great. Because of some scheduling conflicts with Patty and Mel, we have a new drummer (Erin Tidwell) and keyboard player (Jennifer Goodridge) playing with us now and they are really adding new energy and excitement to the band. We never really got a chance to even feel like a band before with Nicole touring all the time and Mel living in NYC; but now we actually rent a rehearsal space together and enjoy the process of practicing. For a first show I thought it was solid and the songs went over well live. I can’t wait until we’ve had a few months of rehearsals under our belts.

Does The Cold and Lovely have any particular history at the Bootleg Theater? Any particular reason you wanted to have the record release at this location?

Meghan – I’ve played there a few times with other artists and always liked the vibe and thought the room sounded good. They also have a projector set up and we knew we were going to have our video set up be a big part of the show. 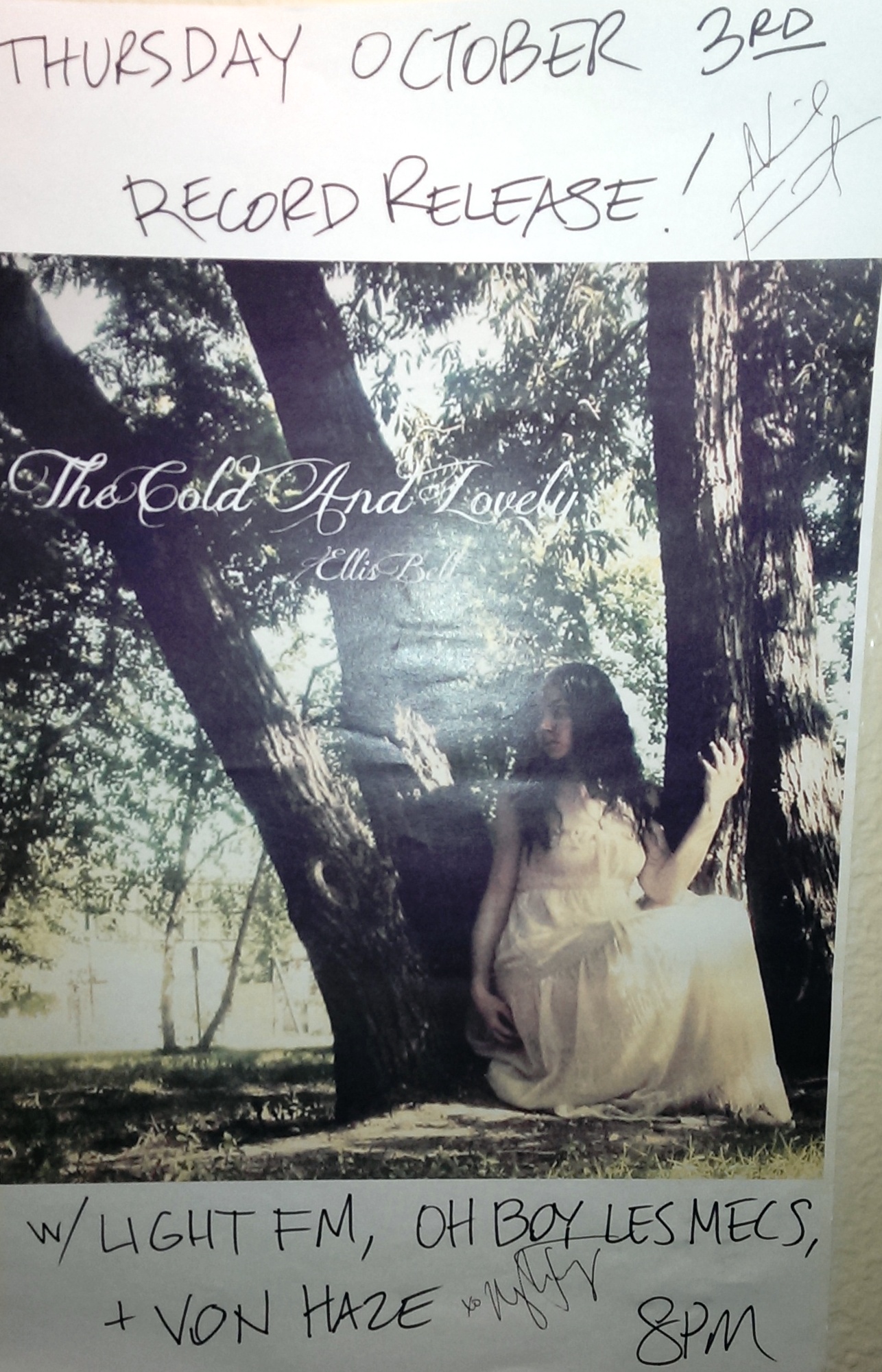 The new release is an EP – was this intended from the beginning? Did you ever want Ellis Bell to be a full album?

Meghan – We had a strong group of songs and thought it would be great to just get something out quickly. The first record wasn’t quite where I wanted it to be sonically, so this time around I wrote songs specific to a style of production, as opposed to try and fit a song to that style.

How would you describe the vibe of the new release? Where was your band at the time?

Meghan – I definitely think I was ready to work. When Nicole came home from the last tour and listened to the mastered album, we basically both agreed we had something special with these recordings and we should make a run of it with the band.

Ellis Bell was the pen name used by author Emily Brontë in the 19th century. What is the significance of Emily’s work on the band?

Meghan – I’m a huge nerd and love all things from the Romantic literature period. I had read Wuthering Heights and loved it. I ended up binge watching Masterpiece Theater and A&E classics and it came on one night. I got obsessed with the story; which lead to writing the song based around the plot line. I ended up researching Emily Brontë and discovering the name “Ellis Bell”. 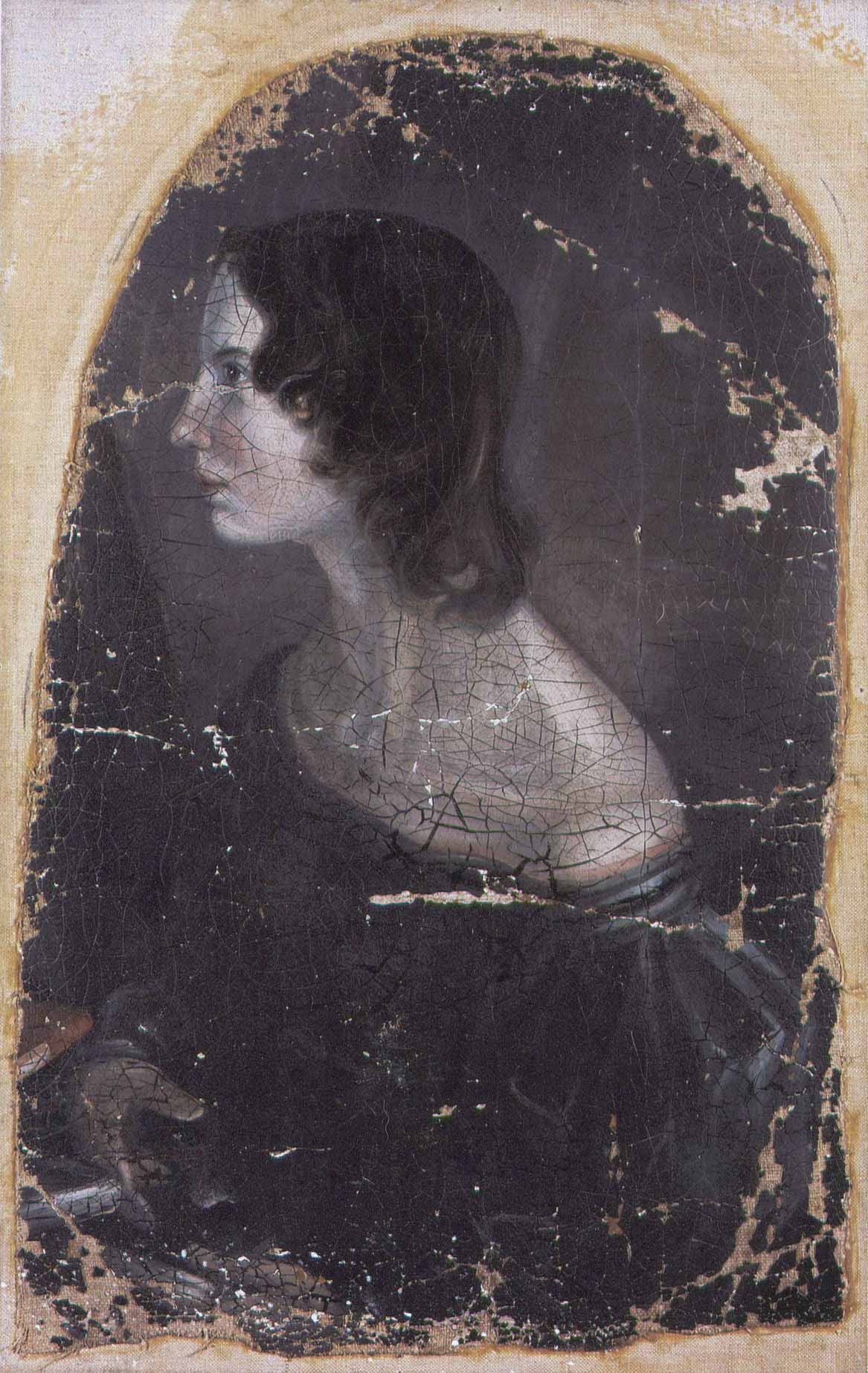 The Cold and Lovely is a powerhouse of women in a rock band. Is it important to remain an all female band? How does that play into the music?

Nicole – I think it’s an exciting time for women in rock. There are a lot of all female bands right now (HAIM, Savages, Warpaint, etc.) and it feels like a resurgence to me, because when I was a teenager I was really into Riot Grrrl and that played a huge role in why I became a musician. If I can inspire one young girl to play music then I feel like I’ve done my job. Nothing is more heartwarming to me than someone telling me I am one of the reasons they picked up the bass – especially girls. Rock and roll is still a male dominated world and I feel really good that I have been able to claim my stake in it. I want other girls and women to feel empowered in that way. That’s why we want to keep The Cold and Lovely all women and why we are so involved in Rock Camp for Girls.

Speaking of women in music, how do you feel about Miley Cyrus’ recent controversy to include Sinead O’Connor’s open letter rejecting “prostitution” in music? Is it okay to be a woman in rock and be sexually provocative?

Meghan – I think it’s ok to be sexually expressive as a woman. Where I get lost is the fact that we are dealing with a young woman who has grown up as a role model to young girls. Miley’s choices are her own, but they kind of bum me out because I think she should have a sense of responsibility to a bigger community than just girls that are comfortable being overtly sexual. Madonna also had amazing songs and style. To me, Miley is trying to shock people and I just think she’s boring – but that’s my own opinion. Give me a great song and then take your clothes off or leave them on…

The Cold and Lovely is still fairly underground, but you have a very strong and committed fan base. Can you attribute that to any one thing in particular – perhaps everyone’s history in some very iconic bands?

Nicole – I think it doesn’t hurt that we are all seasoned veterans; it piques people’s interest for sure. And I think there are a lot of Smashing Pumpkins fans out there who wouldn’t have necessarily heard of us otherwise. I am so grateful for all of [their] continued support in my projects outside of Smashing Pumpkins. But I think ultimately the music speaks for itself. Maybe people are drawn to it because of the names attached, but they keep listening because it’s solid music. I am confident in saying that. ; )

How did you meet all the members of The Cold and Lovely? How did your band come to fruition? Meghan mentioned “Not with Me”, at the show, as something that you wrote together which convinced her to start a band. Is it that simple?

Nicole – Meg and I met through mutual musician friends about six years ago. I listened to some of the demos she had on her computer and was astounded that she hadn’t released any of them yet. Around the time I joined Smashing Pumpkins, she decided to start working on those demos and wanted to do a proper recording of them. I said I wanted to be involved as much as I could because I loved the songs so much. We met Patty at Rock Camp for Girls; where we all volunteer. Soon after, we got into the studio and recorded our first self titled LP.

Who do you consider, as a group, to be some major influences on your musical style? Reversely, who do you consider to be very relevant in today’s competitive, evolving, and oft watered-down climate?

Meghan and Nicole – The Cure, Led Zeppelin, Heart, PJ Harvey, Sonic Youth, My Bloody Valentine. Listing relevant artists is tough to approach. We love a lot of “newer” bands like Radiohead, Silversun Pickups, Arcade Fire, St. Vincent, Tegan & Sara, etc. There’s also tons of amazing new music out there, but there’s also lots of crap. It almost takes more effort now to find your new favorite band in a sea of home recordings and/or people being able to post their music everywhere independently. I miss being able to go into record stores and browse and listen or check out “Staff pick”.

You personally played a Fender for a very long time and switched over to a Reverend. At the show, Meghan mentioned having some guitars custom made. Do you also have custom basses? Which do you prefer? Live vs. studio make any difference?

Nicole – Yes, I’ve been playing Fender since I was 14 years old. My first bass was a white Fender Jazz and it got stolen out of my car within the first week of moving to LA (note to self: never leave an instrument in your car in downtown). I am also playing both the Justice and the Decision basses by Reverend now; both of which I adore. And I recently got a beautiful bass from my friend, Lindz McKay, who builds replicas of vintage guitars. He built one for me that mimics an early 70’s jazz bass and I fell in love with it. His company is Bonneville Guitars. I really love [playing] Reverend with Smashing Pumpkins because they’re super punchy and cut through the wall of guitars. The Bonneville is great with The Cold and Lovely because it’s got a warmer tone. I mostly used a ’62 Fender Jazz on Oceania because you can’t beat the sound of a vintage guitar on a recording; but I don’t like to travel with expensive gear. On Ellis Bell I used a Fender Mustang with totally dead strings for that smooth, yet dirty, tone.

You responded once on a Twitter Q&A to having liked cassettes; especially because of the mix tape aspect. Did you ever make one or were you ever the recipient of one? Do you remember the songs?

Nicole – Someone made a mix tape for me right before I moved out to LA from Massachusetts, and I loved it so much that I listened to it all the way across the country in my U-Haul. The songs became my anthems for one of the biggest steps I ever made in my life. My favorite was “The Bluest Eyes in Texas”, the Nina Persson version. I still think a mix tape is one of the best gifts you can give someone you care about, because it gives them a peek at what songs have personally inspired you, and, if you choose the right songs, gives them an idea of what they mean to you. ; )

Feedbands.com is a website that is subscription based and releases one vinyl EP/LP per month. Do you enjoy the medium and are you a subscriber? Is The Cold and Lovely pursing a release through Feedbands?

Nicole – I think it’s an incredible way for new bands to get people interested in their music. Basically, you submit your songs to Feedbands, and if they dig them, they let their subscribers vote for whether or not they will print your vinyl. Once a month they print vinyl for whoever got the most votes and ship them out to their subscribers. So as a subscriber, you get a new vinyl in the mail each month from a band that you voted on! We are in the running to have our vinyl printed right now (we only have CDs/digital available at the moment). You can sign up for a free trial period and vote for us. After that I believe it is $14.95 a month. Not bad for vinyl lovers!

SPfreaks is very dedicated to collecting and preserving the legacy of musical output. Is there anything The Cold and Lovely find yourselves collecting?

For more information on tours and releases available by The Cold and Lovely, please visit their website. SPfreaks would like to thank Nicole and Meghan for taking time out of their busy schedules to answer a few fan questions and wish them good luck with the new EP!

If you are going to be in the Los Angeles area on October 30th, why not stop by the Viper Room to see The Cold and Lovely play live?  Tickets available here.

An all-out excellent Interview and I bought the first release. Looking forward to enjoying this one soon, too! Best wishes. – UK Follower.