Pumpkins of the Past – Ginger Pooley

Ginger A. Pooley (formerly known as Ginger Reyes or by her stage name Ginger Sling) is the bassist for California pop punk band Halo Friendlies and more widely-known for her brief stint as the touring bassist who replaced Melissa Auf der Maur in The Smashing Pumpkins.

Ginger was born in Chicago, Illinois and hails from Peruvian ancestry. She has been writing and playing songs since freshman high school and was in a Christian ska band in La Crescenta, California called the Israelites. She also attended classes at UCLA from 1998 to 2000, where she obtained a degree in History.

In 2004, Ginger released a five-track EP entitled ‘Room EP’ under the moniker ‘Ginger Sling’ and label Pineapple Heart Records with the music video for her song ‘Faith’ directed by Djay Brawner. The following year, she released a follow-up EP entitled ‘Laguna Beach Demos’ under the same label. In 1999, Ginger became the bassist for the all-girl pop punk band Halo Friendlies, replacing Cheryl Hecht.

In 2007, the new line-up for The Smashing Pumpkins was announced, with Ginger Reyes taking over bass duties from Melissa Auf der Maur, Jeff Shroeder replacing James Iha on guitars and new touring keyboardist Lisa Harriton. The new line-up was debuted in Paris on May 22, 2007, the Pumpkins’ first gig since their farewell show at The Metro on December 2, 2000. On July 10, 2000, Zeitgeist was released and yielded 2 singles with music videos, both of which Ginger appeared on: ‘Tarantula’ and ‘That’s the Way (My Love Is)’. 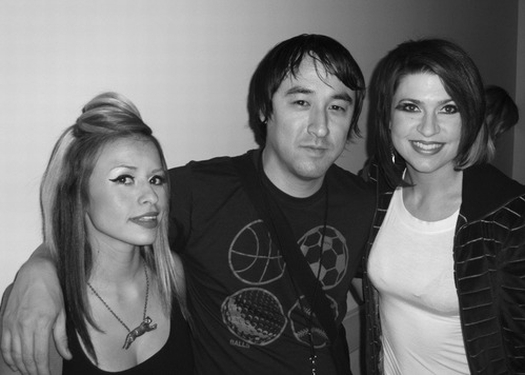 While touring in support of Zeitgeist, Ginger became engaged to Kristopher Michael Pooley, the Pumpkins’ touring keyboardist for their 2008 20th Anniversary Tour. The couple married in Los Angeles on June 22, 2008 and on October 17, 2009, they had a daughter named Talula Victoria Pooley. In March 2010, Ginger left the Pumpkins amicably, stating:

“With sorrow and yet with much thankfulness for the opportunity to have played in the Pumpkins, I am sad to say that I can no longer tour with the Pumpkins. Although I’ve been blessed beyond belief over the past few years through playing with the Pumpkins, my priority now is to keep our little family unit together, which includes my husband and my baby.” 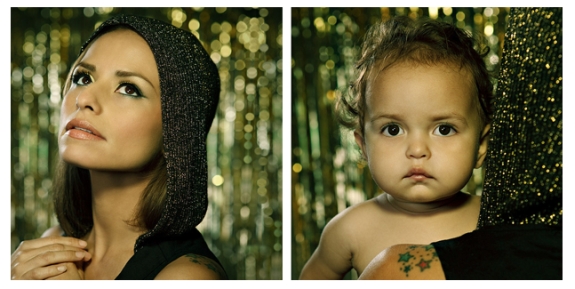 Ginger played bass for the Glee Live! concert tour from 2010 to 2011 and has released a self-titled EP in July 13, 2011 on iTunes. Ginger worked on the EP with the help of her husband Kris (keyboards, backing vocals, guitars), producer Ben West, Aaron Sterling (drums), Greg Suran and Pete Thorn (rhythm and lead guitars).

Disclaimer: All pictures/images used in this article are courtesy of Google Images (unless otherwise specified). The writer does not claim ownership for any photos and no infringement is intended. We respect all photographers and try to credit sources to the best of our knowledge; if necessary, we will credit or remove any pictures at the photographer’s or representative’s request. Please e-mail us: TheSPfreaksTeam@gmail.com to be credited for your work or to have your content removed.

Thanks Sha, for reminding us again how sweet and cute Ginger is. Great read again! 🙂