Pumpkins of the Past – James Iha

James Yoshinobu Iha is an American musician best known as the original guitarist and co-founder of The Smashing Pumpkins.

James was born in Chicago, Illinois in a second-generation Japanese-American family. He and his brothers were raised in a middle-class suburb in Elk Grove Village; James attended Elk Grove High School. 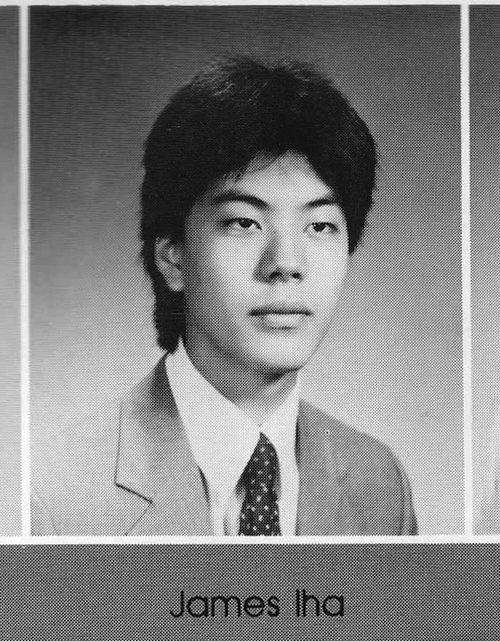 “I was born in a suburb of Chicago. You know those John Hughes movies like ‘Sixteen Candles’ and ‘Ferris Bueller’s Day Off’ and stuff like that? My high school was sort of like one of those high schools. It wasn’t as much fun as those movies were though [laughs]. I grew up there and it was a very nice middle class suburb, really boring but nice. I was a fan of music cause my brother was a big fan of music and I used to look at his records and he had all the classic rock records. I sort of went through every different phase of music. He was into like Bruce Springsteen, Led Zeppelin, The Who and I got into all those. Then I got into my own things, like heavy metal. Then I got into New Wave, which became a lifelong journey into music [laughs]” – James Iha on his formative years.

Growing up, James describes his childhood and home life:

“I was cool [laughs], I guess. I think I was a quiet kid and music was definitely an exciting thing to me. Music and film…my mom used to play like a nylon string guitar and she would play sort of like children’s lullabies. That was really nice but it was definitely rock music that got me excited and wanting to do something similar.”

After high school, James took classes at a local junior college for 2 years and majored in Graphic Design at Loyola University Chicago before eventually dropping out in order to fully commit himself to The Smashing Pumpkins in 1987.

In 1987, James was a guitarist for the Chicago band Snake Train when he met Billy Corgan through a mutual friend. At the time, Billy Corgan was already spreading the word around that he was in a band called The Smashing Pumpkins and decided to make it official with himself at the helm as the vocalist, James as the guitarist and support from a drum machine. The duo met D’arcy Wretzky later on and made her the bassist, while Jimmy Chamberlin was made drummer.

D’arcy and James became romantically involved from 1988 until 1991, when they eventually split before a scheduled performance at the Reading Festival in 1992 during the band’s Gish tour. After a brief strain between them, the two remained friends and continued to be involved professionally, with The Smashing Pumpkins and other musical projects, including the now-defunct independent label Scratchie Records. 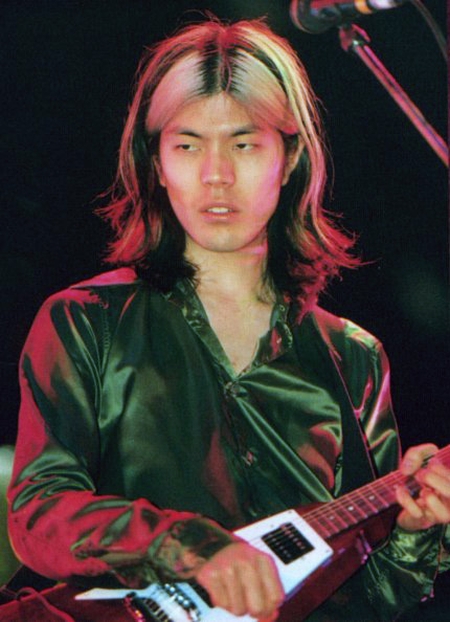 James is the credited guitarist for all Smashing Pumpkins albums, until the Zeitgeist period. He wrote and provided vocals on a number of Smashing Pumpkins songs, such as ‘Blew Away’, ‘Bugg Superstar’, ‘Take Me Down’, ‘…Said Sadly’, ‘Believe’, ‘The Boy’, ‘The Bells’, ‘Summer and ‘Go’, and co-wrote ‘I Am One’, ‘Soma’, ‘Mayonaise’, ‘Plume’ and ‘Farewell and Goodnight’. He also sang the band’s covers of The Cure’s ‘A Night Like This’ and Syd Barrett’s ‘Terrapin’. During this time, James also collaborated with other bands, appearing on recordings of bands like Ivy and The Sounds, as well as released his first solo album ‘Let It Come Down’ with a music video for ‘Be Strong Now’.

In 2000, Corgan announced that The Smashing Pumpkins would be disbanding and playing their final show at The Metro in Chicago, where the band played their first ever gig as a four-piece in 1988. On December 2, 2000, the band played a 4-hour-long set comprised of 36 songs to an audience of 1,100 or so. Made up of family, friends and fans, some of whom travelled hundreds of miles just to be in attendance. At one point during the emotionally charged show, it was reported that James (in memory of the relationship that he and D’arcy had shared and maintained over the years), lamented her absence and expressed his gratitude and love for her. After the show, according to Corgan, James left the venue “without saying goodbye to me or Jimmy, a real final fuck you in my eyes… outside of a phone conversation about business in 2001, I haven’t seen him since.”

When Corgan decided to revive The Smashing Pumpkins in 2005, only he and Chamberlin were retained from the original line-up, despite Corgan’s insistence at the time that the door was always open for the others to return. Reasons why James and D’arcy didn’t re-join are unclear, but James has commented about the matter in later interviews, saying “I was never approached by the band or Billy about returning to the band. That never happened.”

James has pursued a myriad of projects since departing the Pumpkins in 2000. He has collaborated with, remixed and produced a number of records for other bands and artists, including Ivy, Fountains of Wayne, Team Sleep, Cat Power, Karen Elson, Michael Stipe, Blonde Redhead’s Kazu Makino, Chris Martin, Annie, Chara, Isobel Campbell, Whiskeytown, The Blank Theory, The Sounds and Ladytron. James has also joined a number of bands as guitarist, such as A Perfect Circle, Tinted Windows and Vanessa and the O’s while doing stints as a DJ during A Perfect Circle’s hiatus in 2004. He has also scored the Japanese movie ‘Linda, Linda, Linda’ and produced a cover of Bobby Darin’s ‘Splish Splash’ for the soundtrack of ‘Because of Winn-Dixie’ and collaborated with longtime friend and manager Isao Izutsu by starting a clothing label called Vaporized (formerly known as Vapor).

James is currently promoting his second solo album Look To The Sky, which was released in March 2013.

– is near-sighted and sometimes wears glasses

(James Iha walking on the runway)