Pumpkins of the Past – Lisa Harriton

Lisa Rae Harriton is an English musician who is best known for her brief stint as the touring keyboardist and back-up vocalist for The Smashing Pumpkins in 2007. 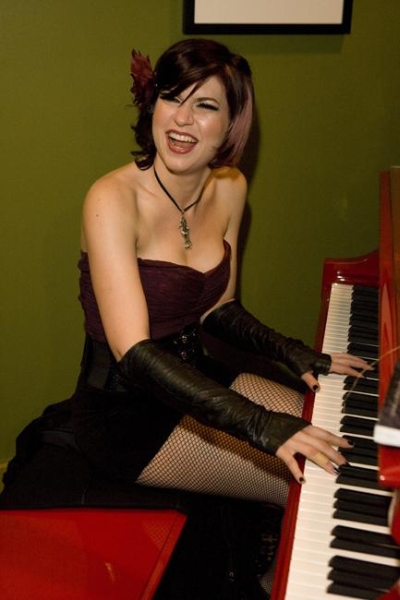 Lisa was born and raised in a musical family – her mother Terry Harriton is a Los Angeles studio singer, while her father Michael Harriton is a composer and musician; her older brother Steven is a guitarist. At the age of 8, Lisa was already working as a studio singer at Disney, Integrity Media and Word Records. She was schooled at the Royal Schools of Music in London, where she received a distinction after graduating with a degree in classical piano.

In May 2004, Lisa completed her degree in Jazz Piano at the University of Southern California, where she was trained privately under the tutelage of Alan Pasqua, one of the premier jazz pianists in the world today. Her education influenced her music, which is described as soulful pop infused with jazz and world influences. Over the years, Lisa has performed in Japan, China, Peru and Los Angeles jazz clubs and worked with other musicians like Ingrid Jensen, Joe LaBarbara, Darek Oles, Larry Koonse and Ernie Watts. On June 24 2005, Lisa married fellow jazz pianist Alex Navarro, but the couple divorced in 2007.

After the new line-up for The Smashing Pumpkins was announced in 2007, Lisa was debuted as the new touring keyboardist for the band (along with Ginger Reyes on bass and Jeff Schroeder on guitars) during their May 22, 2007 show at Le Grand Rex club in Paris. She also appeared in music videos for ‘Tarantula’ and ‘That’s the Way (My Love Is)’, as well as on The Smashing Pumpkins’ documentary concert film ‘If All Goes Wrong’. 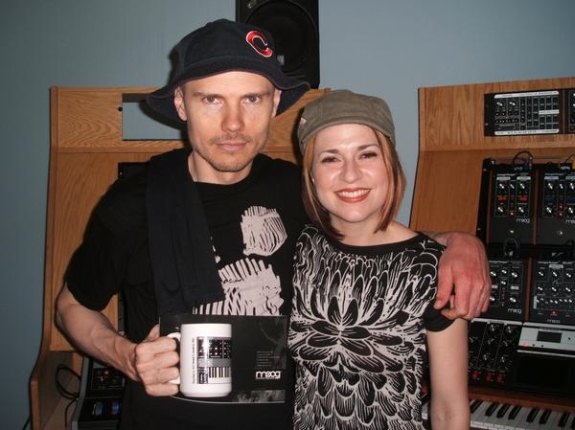 “When I play with the Pumpkins, I think really texturally with splashes of color.  I think as a composer and an orchestrator, not just as a keyboard player. It’s a really cool mix with Billy, because he definitely thinks that way in the big picture. He’s really inspiring… I think Billy respected that I had a different background than anyone else in the band.  He is very supportive and never makes me feel stupid.” Once she began playing with the group, things gelled quickly and the band had a lot of fun together. “I love to play free,” she says. “We sometimes just jam. It is a great environment for taking chances. Billy is appreciative if you jump off the cliff and commit to your choice.” – Lisa Harriton on performing with The Smashing Pumpkins.

On March 9, 2010, Billy Corgan announced that he had started auditions for a new keyboardist and new bassist for The Smashing Pumpkins (after Ginger Reyes announced her departure to focus on her family), signaling Corgan’s intentions to take a different direction with the band’s sound. For her part, Lisa stated that, after touring with the Pumpkins from 2007 to 2008, she was eager to start working on her new solo album and residency at Tutuma Club de Jazz in New York.

Since working with the Pumpkins, Lisa has toured/performed with Dave Stewart (Eurythmics) Adam Lambert, Ke$ha and Natalia Kills, opening for the Black Eyed Peas, Katy Perry and Bruno Mars.  She can also be seen in Adam Lambert’s music videos ‘Whataya Want from Me?’ and ‘For Your Entertainment’. Lisa has also been working with Matt Sorum (from Guns N’ Roses) as keyboardist/background vocalist in his new band, Diamond Baby and can be seen in their debut video ‘Last Rockstar’, which features a star-studded ensemble that includes Jane Lynch, Juliette Lewis, Motörhead frontman Lemmy Kilmister and Verne Troyer. She was set to release her debut solo record in summer of 2012 under Broadstroke Records.