Pumpkins of the Past – Matt Walker

Matt Walker is an American musician, composer and producer, best known for his stints as a drummer for The Smashing Pumpkins, Filter and Morrissey.

* The year of birth of Matt Walker, and the reason for changing his last name from Snyder to Walker, is unknown at the moment. As far as we know this information has not been made public until now.

In the mid-1980s, Matt began his career by playing drums for a range of Chicago bands like Scott Bennett & The Obvious, The Clinic, and Peat Moss and Tribal Opera until joining the band Filter in 1994. Matt toured with Filter in support of the album “Short Bus” until 1996.

After the fatal overdose of touring keyboardist Jonathan Melvoin in July 1996 that resulted in Jimmy Chamberlin being fired from the Pumpkins, Matt auditioned for the drummer position and was hired as replacement for Chamberlin.  This, coincidentally, happened the day after the Filter tour ended. He finished the rest of the Mellon Collie and the Infinite Sadness tour and stayed on until the beginning of the Adore tour. With the band, Matt also recorded several tracks on Adore, as well as the track “The End Is The Beginning Is The End” for the official soundtrack of “Batman & Robin”.  Along with Billy Corgan, James Iha and D’arcy Wretzky, he appeared in the music video for the track.

“Upon arrival in L.A., we were brought straight from the airport for a fitting of the tight black suits, as well as the harnesses for the flying sequences. It is very humbling to be a skinny, pale, white, mid-western kid suddenly on display in front of a panel of seamstresses, costume designers, and random rigging professionals in nothing but your underwear and a multi-belted harness wrapped tightly around your midsection. I felt very…pale. I’m sure Jimmy is glad he missed that bit.” – Matt Walker on the set of “The End Is The Beginning Is The End” music video.

In addition to touring and recording, Matt also collaborated with Corgan on the soundtrack for Ransom and with Iha on the latter’s first solo album “Let It Come Down”. He played with the Pumpkins again during their final show at The Metro on December 2, 2000, before their disbandment  and again during the band’s 20th Anniversary Tour in November and December 2008, as well as a benefit concert at The Metro in July 2010.

In 1998, Matt left The Smashing Pumpkins to record the first album for his own band, Cupcakes, which was signed to DreamWorks Records. John Mellencamp’s drummer, Kenny Aronoff, replaced Matt for the Adore tour. Matt went on to pursue other collaborative efforts with the band Ashtar Command, made up of former Filter member Brian Liesegang and Chris Holmes, and Jim Dinou, with whom Matt co-created the band Impossible Recording Machine. In 2002, he filled in for an ailing Butch Vig on Garbage’s European tour and played on their album “Bleed Like Me”, which was released in April 2005.  Matt also recorded and toured with Billy Corgan in support of the latter’s solo album, “TheFutureEmbrace” and joined Morrissey in 2006, playing drums on his albums “Years of Refusal” and “Swords.”

While on hiatus from Morrissey, Matt wrote and performed with other artists under the moniker “of1000faces” and also became a member of the band theMDR, which contributed to the 2007 MySpace/SPIN Smashing Pumpkins tribute album with the Corgan-penned track “Signal To Noise.” In June 2012, Matt ended his stint with Morrissey following their tour in North America, after their stop in Stockton. The news comes after Matt Walker had previously taken to Twitter to declare that ‘things are weird and getting weirder’ ahead of a show in the Philippines during Morrissey’s recent tour. Morrissey added the following words to his leave.

“Our little covered wagon has lost drummer Matt Walker, who was eager to bring his term to an end. No bargainings could persuade him to stay, and his interest drew its last breath at Stockton.”

“Behind the kit, Matt was a greyhound unleashed, and his great work on Years of Refusal will always and forever speak up in his favor. His exit is sad, but he had no wish to continue, and a branch falls away.”

Matt has also collaborated with Adam Ant of the band Adam and the Ants by co-writing and playing drums on the track “Marrying The Gunner’s Daughter” from the Adam Ant album “Adam Ant Is the Blueblack Hussar in Marrying the Gunner’s Daughter”, which was released in January 2013. 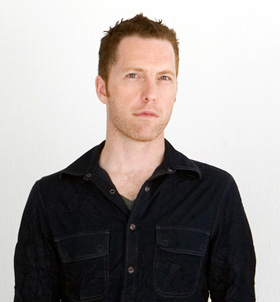 Disclaimer: All pictures/images used in this article are courtesy of Google Images (unless otherwise specified). The writer does not claim ownership for any photos and no infringement is intended. We respect all photographers and try to credit sources to the best of our knowledge; if necessary, we will credit or remove any pictures at the photographer’s or representative’s request. Please e-mail us: TheSPfreaksTeam@gmail.com to be credited for your work or to have your content removed.

[…] is indeed a long list of collaborations between you and Billy Corgan and the Smashing Pumpkins. In the previous article we dedicated to you, it was mentioned that you were involved with several tracks on the Adore album, “The End Is […]