Pumpkins of the Past – Melissa Auf der Maur 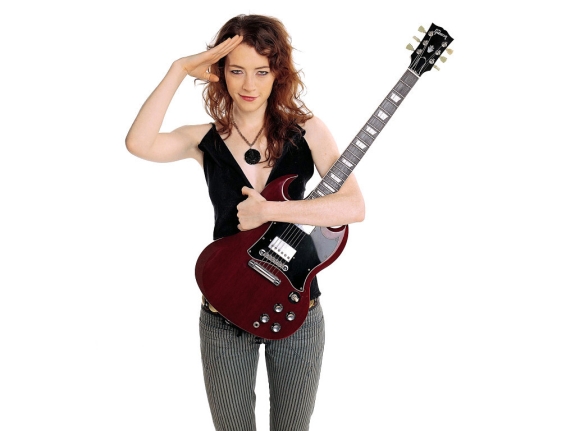 Melissa Auf der Maur is a Canadian musician and photographer who is widely known for her role as bassist for the American alternative rock band Hole. Born with a mixed German-Swiss heritage to parents Nick Auf der Maur and Linda Gaboriau, Melissa’s surname literally ‘On the Wall’ in German (‘Maur’ is derived from ‘Mauer,’ which means ‘wall’ in German).

While majoring in photography at Concordia University in Montréal in 1993, Melissa met guitarist Steve Durand (who was a fellow student at Concordia at the time) and formed a band called Tinker with him and drummer Jordon Zadorozny. It was during this time that Melissa happened to catch one of The Smashing Pumpkins’ earliest shows in Montréal, where one of her friends named Bruce threw a bottle at Billy Corgan in the middle of the show, prompting a brief scuffle. After the show, Melissa apologized to Corgan ‘on behalf of Canada’ and struck up a conversation with him, which led to the two becoming pen pals and keeping in touch over the years. 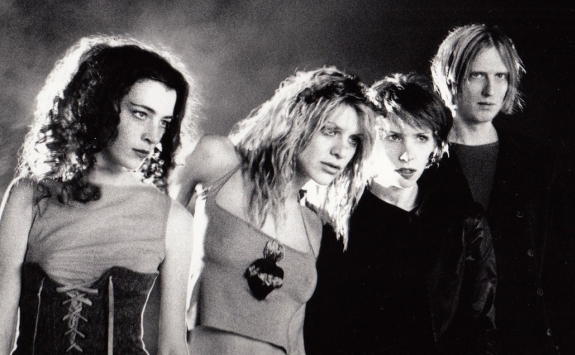 (Melissa Auf der Maur with the members of Hole)

As Tinker began to gain a solid reputation in the local music scene, The Smashing Pumpkins returned to Montréal for the latter’s Siamese Dream tour. Melissa decided to write a letter to Corgan asking whether Tinker could open for the Pumpkins at one of their shows, which eventually happened. Corgan was so impressed by Melissa’s bass skills that he recommended her to Courtney Love as replacement for bassist Kristen Pfaff (who died of drug overdose) in Hole. After initially turning it down, Melissa eventually joined Hole and fulfilled bass duties for the band for 5 years.

“Billy Corgan – he’s not so huggable, but I love him. When I was nineteen, the Smashing Pumpkins played at this punk-rock bar in Montreal. My roommate threw a bottle at Billy and they got in a big fight. So I went up to Billy after the show and apologized on behalf of Montreal. Then we became pen pals, and a few years later, Siamese Dream came out and I wrote a letter to the PO Box on the Siamese Dream album: ‘Dear Billy, do you remember me? I finally got my band together. Can we open up for you when you come to Montreal?’ Somehow, they got that letter.

So basically, my band’s fifth show was opening up for the Smashing Pumpkins. And my big brother, my inspiration, was standing on the stage, watching me play. 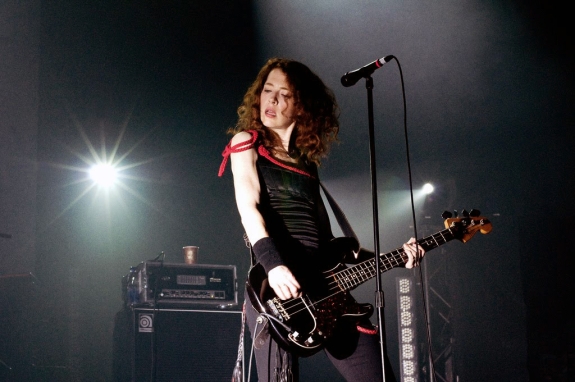 And when I walked offstage, he put his arm around me and said, ‘Kid, you’ve got it.’ And I said, ‘Really?’ Six months later, he called me and said, ‘I think you should come play in my friend Courtney’s band.’ And it all seemed like a very big mystery, and I originally said no. Then I thought about it and realized that it was my ticket out of Canada. I like rock & roll fairy tales.” – Melissa Auf der Maur on meeting Billy Corgan

Melissa was tapped by Corgan as a replacement for D’arcy Wretzky. She played bass for the entire duration of The Sacred and Profane Tour in 2000 and appeared in the music videos for ‘The Everlasting Gaze’ and ‘Stand Inside Your Love’ before The Smashing Pumpkins briefly disbanded in 2000.

Currently pursuing a solo career, Melissa has released 2 albums, a short film and has won at the 2011 Independent Music Awards in the Indie/Alt/Hard Rock category for her project ‘Out of Our Minds.’ She has also guested in several music festivals and appeared in ‘The Greatest Canadian’ TV series and indie film Collaborator. Melissa is currently residing in New York with filmmaker husband Tony Stone and their baby daughter while balancing art, motherhood and acting.

– Melissa said that the Pumpkins’ 1991 album, ‘Gish,’ inspired her to play rock music.
– Is also a photographer: some of her photos were featured in the exhibition The Kids are Alright at Sotheby’s in New York City, along with photos by Yelena Yemchuk, an artist-photographer who frequently collaborated with The Smashing Pumpkins, one of Corgan’s ex-girlfriends and the muse for ‘Stand Inside Your Love.’
– Shares a birthday with Billy Corgan (March 17), although Corgan is 6 years older. 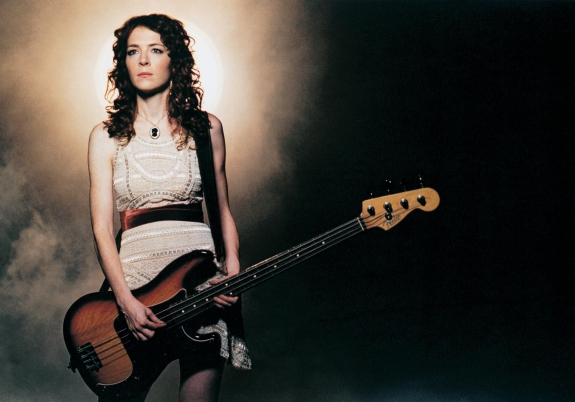 Nice article! I was wondering: didn’t Melissa play bass on one or two songs on Machina II and mabye Untitled? Or am I mistaken?

Great article about Melissa! Thank you! Probably, except for “Rock On” (credited in Greatest Hits + Judas O booklet), she didn’t record any bassline during her time with the Pumpkins, Spag. 🙁 Some songs belonging to ‘Machina Era’ (like “Cash Car Star”, “Wound”, “Stand “Inside Your Love” and others) were often played prior in 1999 (Arising! Tour), with D’arcy playing bass, so… “Untitled” was the last song recorded by James – recording guitar and bass (I GUESS). This ‘last day’ with him, Billy and Jimmy together at the studio was filmed and appears on the DVD ‘Smashing Pumpkins – Greatest… Read more »

Hello, just wanted to say, I enjoyed this blog post.
It was helpful. Keep on posting!

Wow that was unusual. I just wrote an really long comment but after I clicked submit my
comment didn’t appear. Grrrr… well I’m not writing all that over again. Anyway, just wanted
to say excellent blog!