The Story of Glass and the Machines of God

The Wish to Connect it All

In the Machina, The Machines Of God (Machina) and Machina II, Friends And Enemies Of Modern Music (Machina II) era, which we will define as the years 1999 through 2000, Billy Corgan was known for trying to make connections between several of the songs he wrote for both albums.

The Smashing Pumpkins Radio, launched on August 14, 2000, on the official website of the band, is loosely connected to the Glass theme. Mainly because of the name of one of the three streams, and the focus of the streams on the then-recent Machina songs. From the beginning it featured two different radio-like streams, followed by a single stream that replaced the initial two. When looking at the running times of each of the three streams, one may conclude they are three demo CDs similar to Mashed Potatoes (1994) that were handed to the site moderator for streaming online.

Later on a third stream with the name Glass Towers replaced the other two streams. Glass Towers contained 16 tracks and had a running time of 72:59. Songs like ‘I Want You To Want Me’ (studio 1998), ‘My Mistake’ (demo 1997) and ‘Let Me Give The World To You’ (demo 1998) were to be found in this stream. The three streams together encompassed the band’s career between 1988 and 2000, showcased mostly by live tracks from various concerts. In case someone wants to give The Smashing Pumpkins Radio another listen, here are the songs for your listening pleasure. 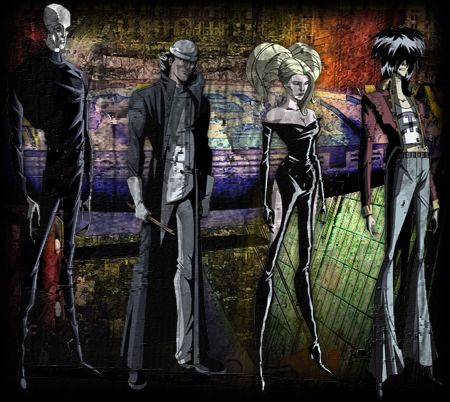 Glass And The Machines Of God  (The Animated Web Series)

The following text originated from Wikipedia. However, it cannot be found there anymore. It was copied to a few other places and was taken from those sources:

“In June of 2001, a few members of the Smashing Pumpkins Message Board were sent mysterious video clips that pointed to a website called Black Wings Over the World. Thus began the “June Mystery”. The first website held clues to find two other websites, also hiding the username/password for one site – The Paracell Corporation. Black Wings also hid another site’s address, Smash The System. Over the next two months more clues were dropped on the message board and more sites were found and codes cracked. Finally, all this frenzy of mystery and excitement climaxed with the announcement that Glass And The Machines Of God was being made as a web based animated series.

In the first episode, Zero hears the Voice in the Radio and contacts his old friend and manager, Ruby. Their conversation is intercepted and patched through to the head of the Paracell Corp, Mr. Valentine – who has had a history with Zero.

[youtube=http://www.youtube.com/watch?v=gt6tTK4-e9w]
Episode two shows Zero’s transformation into Glass while visiting Ruby and the subsequent negotiations to get The Machines of God their first gig.

[youtube=http://www.youtube.com/watch?v=sLtewB8UjL4]
In the third episode we see how Glass affects the audience with his message of revolution.

[youtube=http://www.youtube.com/watch?v=ML4QmfI0aJA]
Some Smashing Pumpkins fans however were disappointed, since they had been hoping that the project was a signal that the band was reuniting.

This was an early example of an internet-based alternate reality game, a form of viral marketing. The series would be interactive, to a degree, and everyone would have the chance, via Sony’s Screenblast, to create their own characters and remixes for the series.

The animated series has since been ‘put on the shelf’ indefinitely. Various rumors attribute the end of the project as lack of interest from Billy Corgan and/or his fans. Three episodes [shown above] were leaked onto the internet in 2003. There has been debate over whether these were early ‘drafts’ or final cuts. The first two episodes contain no credits, where the third episode shows credits at the beginning. 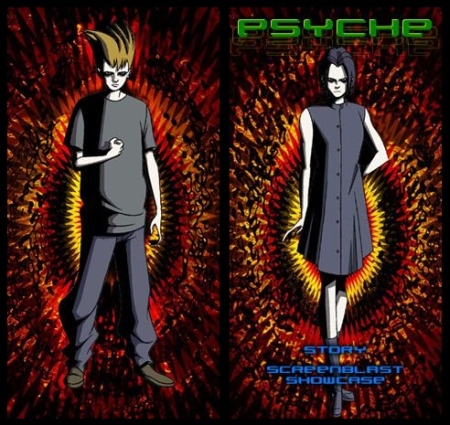 There was also debate about whether or not background characters were in fact the Ghost Children created by the fans. However, one character – Maya, the Paracell psychic – is known to be a character created by a fan.”

So far for this deleted Wikipedia text floating around on the internet. It seems quite accurate for what happened in 2001 and onwards. For that reason we leave it untouched. With the reissues of Machina and Machina II to be expected next year, we will have to see if anything of this Glass project returns, integrated in the total Machina concept. The audio of the three episodes above can be downloaded here.

Let’s go back to the two posters on auction that inspired this article. Is that poster genuine? Yes, of course, as the band itself is selling it. Is that poster rare? We presume the two posters come from a limited print run of prototype posters that were sent to Billy Corgan in 2001, so yes, it is most probably very rare. Is it worth $250? We hardly see Smashing Pumpkins posters being sold for prices like these. We know however of at least one rare poster reaching the $300 range sales price on auction.

Can this Glass poster be put in the same category as the 1991 Metro poster? Yes and no. Yes, because it is extremely rare memorabilia of an unfinished project that has caused a lot of buzz in the Smashing Pumpkins fan community back in the day. Yes, because the band is willing to sell it from its cherished archives. No, because the poster is not of a typical high quality pressing like the 1991 Metro poster. We leave it to the buyer if he/she is willing to pay the collectors’ price that Smashing Pumpkins want. In the end, a buyer now has the context and the background story of the poster antecedents. Good luck bidding, whoever you are!

(1) First sentence of Glass and the Machines of God / a Modern Fable by Billy Corgan, published on the Smashing Pumpkins website in 2000 somewhere. The full text of the fable can be read here.

Very interesting article. I didn’t know about [pretty much] any of this. Thanks!