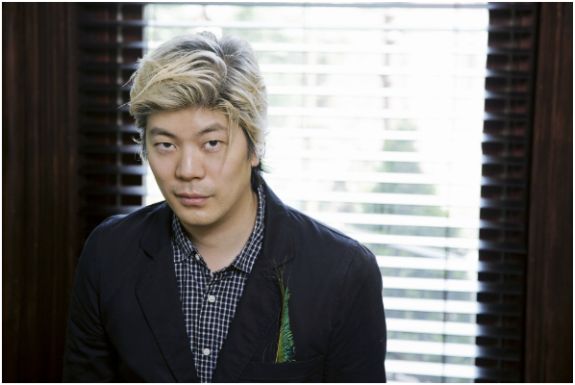 As the guitarist for The Smashing Pumpkins, James Iha took his place on the stages of the largest concert halls and festivals in the world.  Following the break-up of the Chicago band in the year 2000, the guitarist returned to the public eye with A Perfect Circle, and lent his string-strumming skills and composition talents to the likes of Vanessa and the O’s and Tinted Windows.  It may now be fourteen years after his solo debut Let It Come Down, but the follow-up, Look to the Sky, has finally landed.  The album brings Iha to Europe for four concerts, among them, a performance at the Amsterdam Bitterzoet.

Iha does not have so much experience gracing the stage alone; this year, he will perform about twenty of them.  In the limited time available at these performances, the singer-songwriter does his best to entertain the audience with droll anecdotes, demonstrating that he has a clear sense of humour: often, he is the butt of his own jokes.  With a giggle from the crowd and a concert halls complete with tables and chairs, Iha knows exactly how to create a cosy atmosphere and where to land his softer numbers.

As if singing to himself, Iha opens the performance at the Bitterzoet with the single ‘Be Strong Now’.  A little more courage and bravado could certainly not have done any harm; as if apprehensive that the microphone would devour his vocal chords, Iha whispers his lyrics.  After a choice selection of recent material that still reflects the soft, romantic focus of his debut, the audience jump to their feet for nothing more than a cover (‘Dancing Barefoot’ by Patty Smith) that Iha sings with relish.

Iha’s songs lean heavily on sweet melodies and rippling rhythms; furious explosions of power chords are nowhere to be seen.  The fragile figure makes it clear that he was responsible for the typically ingenious harmonious intertwining and the often surprisingly recalcitrant elements synonymous with The Smashing Pumpkins and concerts with A Perfect Circle.  If you need to put James Iha in a nutshell, this is what you include.

Expanding in public view is never easy for anyone, but a concert is anything but torture for James Iha.  The longer he surrounds himself with his own songs, the more he feels at home and trusts himself; The Smashing Pumpkins number ‘Mayonaise’, which Iha co-authored, is given a glowing rendition.  Paying homage to David Bowie in the form of his ‘Rock ‘n’ Roll with Me’, Iha and his two band-mates loosen the reigns a little.  By way of a closing statement, Iha makes it clear that as he sees it, rock does not reach its zenith with shock and awe, but by putting harmonious charm in the front line. 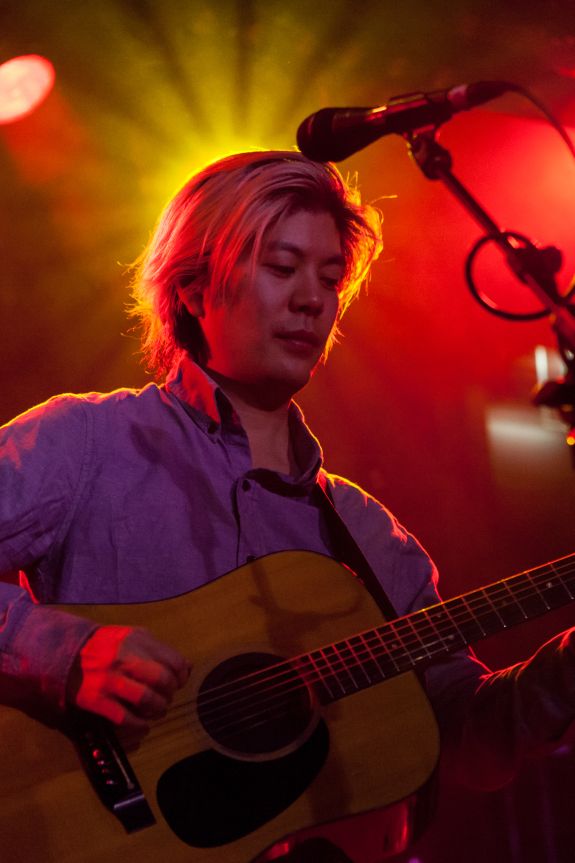 I was there, and this is exactly how it was. An intimate, fun night. Well-written piece, thanks Sven.

[…] at that gig. They enjoyed a wonderful and intimate concert by James Iha and his band, which was reviewed by Sven Schlijper a few weeks ago. Our member Sven also spoke with Smashing Pumpkins co-founder James Iha between his arrival on […]