No pics of this tape yet. Info found on Wikipedia:

“The Marked were a Gothic/New Wave band which formed in Chicago, Illinois in 1985, but later on moved to Florida with the hopes of attaining a bigger fan base. The band’s name was obtained from Billy Corgan and Ron Roesing’s portwine birthmarks. The band were reported to have played around 20 shows in and around St. Petersburg, Florida before Dale eventually left after a small show, later Ron and Billy decided to return to Chicago. The original band members were Billy Corgan (Vocals/Guitar/Bass), Dale Meiners (Vocals/Bass) and Ron Roesing (Drums). In 1986 Dale left the band and was replaced by Len Ayala. Len left the band shortly after and was replaced in 1988 by guitarist James Iha with Billy taking up the bass position. The Marked then became The Smashing Pumpkins.” 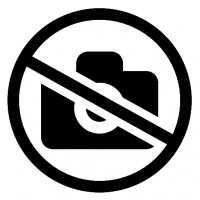