This one of a kind promotional CD was pressed for Mark Goodier, a famous BBC Radio 1 DJ. It contains a special version of Cherub Rock, with a pumped up bass. Mark, being a big fan of the band, most probably used this CD for playing Cherub Rock at festivals or other live DJ gigs in the UK.

“After progressing through several jobs at stations in Scotland including Radio Clyde in Glasgow and at Metro Radio in the North East of England, he joined BBC Radio 1 in 1987, beginning a very successful 15 year stint with the station, starting with a 2 hour Saturday night show. Goodier co-presented the “Liz & Mark” weekend breakfast show, and he quickly progressed to a drivetime slot. He created The Evening Session and hosted between 1990 and 1993. During this period, he also presented the UK Top 40 chart countdown on Sunday evenings and was also an established host on Top Of The Pops along with his Radio 1 colleagues. Many acclaimed bands and artists recorded sessions for Mark at the BBC’s Maida Vale Studios, some of which were released.” 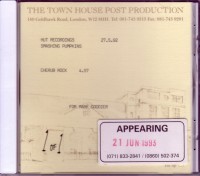 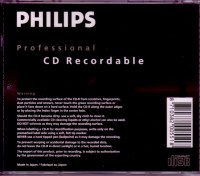 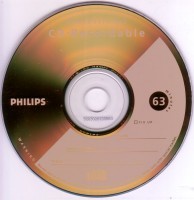 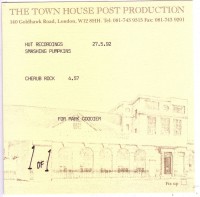 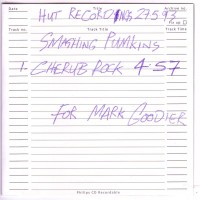