Available in 2001/2002 on smashingpumpkins.com/lofi/lofiGnMOG.html. Info from Wikipedia (only partly copied here):

“In June of 2001, a few members of the Smashing Pumpkins Message Board were sent mysterious video clips that pointed to a website called Black Wings Over the World. Thus began the “June Mystery”. The first website held clues to find two other websites, also hiding the username/password for one site – The Paracell Corporation. Black Wings also hid another site’s address, Smash The System. Over the next two months more clues were dropped on the message board and more sites were found and codes cracked. Finally, all this frenzy of mystery and excitement climaxed with the announcement that Glass and The Machines of God was a web based animated series. Some fans were disappointed, hoping it was a signal that the band was reuniting.”

“There were three episodes leaked on the internet in 2003. There has been debate over whether these were early “drafts” or final cuts. The first two episodes contain no credits, where the third episode shows credits at the beginning. In the first episode, Zero hears the Voice in the Radio and contacts his old friend and manager, Ruby. Their conversation is intercepted and patched through to the head of the Paracell Corp, Mr. Valentine – who has had a history with Zero. Episode two shows Zero’s transformation into Glass while visiting Ruby and the subsequent negotiations to get The Machines of God their first gig. In the third episode we see how Glass affects the audience with his message of revolution.” 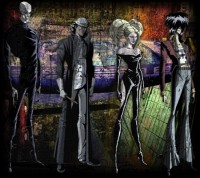 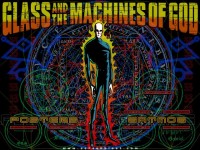 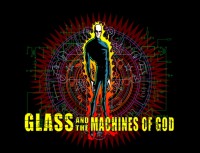 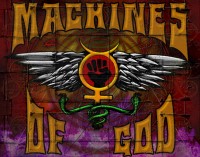 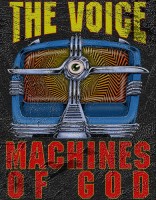 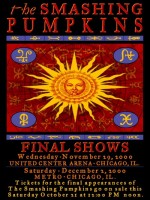 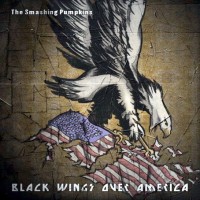 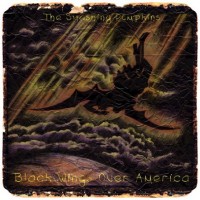 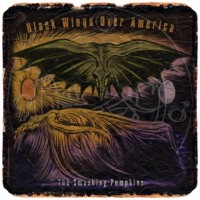 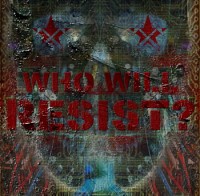