Billy home-burned a few sets of Mashed Potatoes (9, as far we know) and gave them to the Pumpkins bandmembers & some other friends/relatives with Christmas 1994. In December 2002 the tracks leaked on the internet. Note that Billy Corgan wrote on the little note “Patotoes” instead of “Potatoes”.

“Around February 1995, D’arcy’s copy was stolen from her vacation home in Michigan City, Indiana. The thief sold the discs to a local store, and most were later recovered by police. Although the discs were made up of many studio and soundboard quality tracks, the official press release stated that the discs were “worthless practice demos containing scratchy bass lines and D’Arcy telling jokes.” This information was repeated in numerous news sources at the time.”

-Stray Cat Blues is a cover of The Rolling Stones.

-My Eternity is mislabeled as 88, it should have been 89.

-Chump is the early working title for Slunk.

-Rocket is also found on an ONXRT live compilation CD.

-Opal and Worship are running together as one track.

-My Dahlia also appears on Light Into Dark.

-Terrapin is a Syd Barrett cover, also appearing (in an acoustic version) on the I Am One Dutch 10″. This version on Mashed Potatoes is electric.

-Luna is an early acoustic demo of the song that later appeared on Siamese Dream.

-Jennifer Ever also appears on The Smashing Pumpkins cassette.

-Translucent was recorded in 1992, as noted in the liner notes of Pisces Iscariot 2012 deluxe reissue.

-Out Of Focus is a Blue Cheer cover.

-Nothing And Everything also appears on The Smashing Pumpkins cassette.

All parenthetical notes are done by Billy Corgan, most probably by head as he made some mistakes dating them. Click on the trackname to find the rest of the known info. 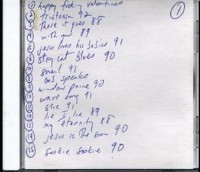 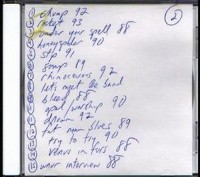 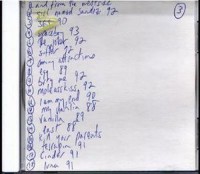 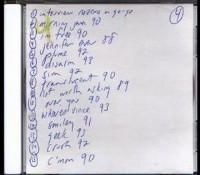 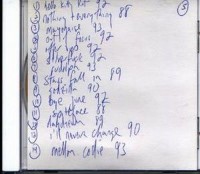 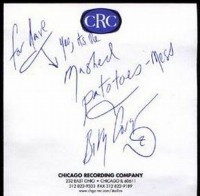