The RIAA counts each disc individually in multi-disc sets, therefore this 8 times platinum award is the equivalent of a 4 times platinum award for a single cd release, four million copies sold. The award shown is “Presented to Karen Glauber to commemorate the sale of more than 8,000,000 copies of Virgin Records cassette and c.d. “Mellon Collie And The Infinite Sadness”.” 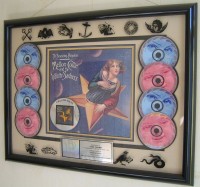 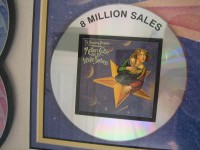 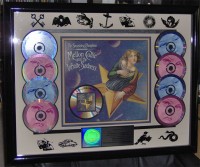