4 Million award. The pics shown were found on eBay, the seller gave the following info: “The presentee is not a person, but is the company that manufactured the award. They are a custom frame company in Los Angeles, Jewel Box Platinum (www.jewelboxplatinum.com) and are certified by the RIAA to make the awards. The other blotted-out part is not a hologram, but is the logo plaque of the company, including their personal information (their phone #, address, logo, etc… stuff they’d probably appreciate not being posted on eBay.) That section of the plaque reads ‘Under license from the RIAA, Owner of the service marks RIAA & Design’.” 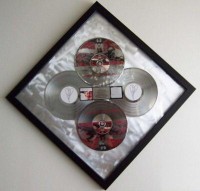 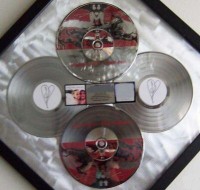 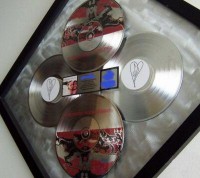 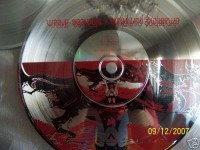 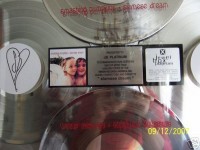