Prototype box for The Aeroplane Flies High release. The design was changed for the actual release. The story goes that “apparently Billy left the box, together with the letter and the sample bag, in a dressing room after a Pumpkins show”.

In March 2008 the pic on the second row with some more sketches for the box became available on a blog on the website of Frank Olinsky, the designer back in 1996:

Some preliminary sketches and snapshots of the Smashing Pumpkins boxed set (1996). The concept (Billy Corgan’s idea) was based on the boxes teenagers used to keep their 45 RPM singles in back in the 50s and 60s. The box set included 5 CDs and 44 page book.

Posted by Frank Olinsky at 8:30 AM

FRANK OLINSKY is a graphic designer, art director, and illustrator. He was instrumental in the creation of the chameleonlike logo and “look” of MTV and has created album packages for many noteworthy musicians including the Smashing Pumpkins, Sonic Youth, Kronos Quartet and Philip Glass. The founding art director, cover designer and creative consultant of Tricycle: The Buddhist Review, Olinsky is also the co-author/designer of What The Songs Look Like: Contemporary Artists Interpret Talking Heads Songs and author/designer of Buddha Book: A Meeting of Images. He teaches at Parsons School of Design in New York. 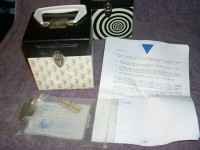 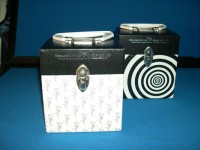 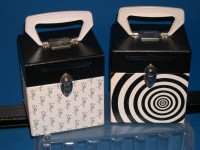 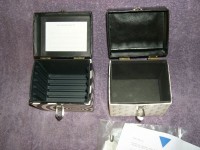 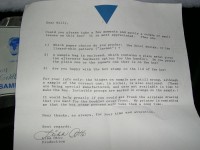 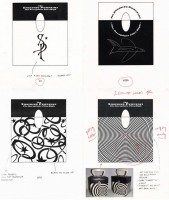