Geek U.S.A. is the live version, recorded in 1993 in Seattle. An Ode To No One was recorded live at the final Metro performance in December 2000. Also included on the DVD is Try – A Short Film, by director Jonas Akerlund. Note that on the back, down right, it says “Made in Brazil”. Also the outer ring of the DVD is filled with Brazilian info. 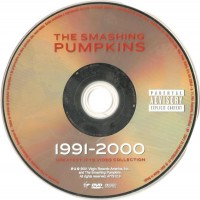