“A non-genre specific tribute with all profits going to the Make-A-Wish Foundation of Illinois. It was organized by Neil Main, a fan from the UK, and sold as a companion CD at the first Act IV-A Tirbute To The Smashing Pumpkins charity concert at the Metro in Chicago. It includes contributions by artists/SP fans from across the world.

09. Stand Inside Your Love – Sebastian A. Bach

12. Eye – D’arcy (band named after the former Pumpkins’ bassist, not including her) 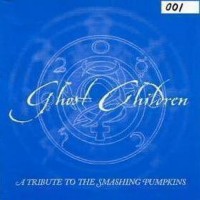